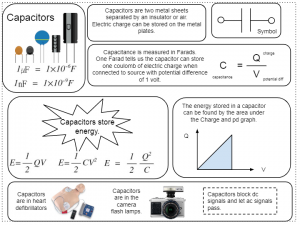 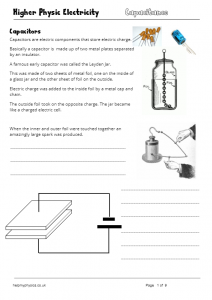 Capacitors and batteries both store electrical energy but in different ways.
In the case of a battery the electrical energy is stored in the chemicals that separate positive and negative charges creating a potential difference (pd).  It is this pd that moves the electric charges around the circuit.

Batteries can store much more energy than a capacitor. The electrical energy stored in a capacitor can be released suddenly if required unlike a battery.

This is the reason why capacitors are used in defibrillators and flash lamps for cameras. 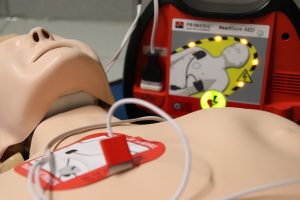 Defibrillators deliver about 100 to 200 Joules of electrical energy.
From our studies we know that the discharge current starts at a maximum and tails off. To give a more constant flow of current an inductor is included in the defibrillator circuit.

To find out more about bats v caps then follow this link to the Science News for Students.

Super Capacitors on the rise!

There is a real need to find a quick way to charge mobile phones, tablets and laptops.   Technology is now moving towards using super capacitors.
These are capacitors that have new materials for dielectrics, that's the stuff between the capacitor plates. New materials can significantly increase the energy stored in the capacitor's electric field.
Capacitors will never beat the energy density of batteries ( recall energy density is the amount of energy stored within a given volume of device) but super capacitors can have a high power density.
This means for their size they can deliver a whacking amount of electrical energy bursts over a given time.
Perhaps the future of electric cars depends on improving super capacitors. 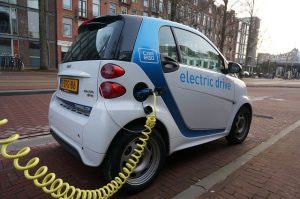 Super capacitors could possibly be improved to fast charge as quick as it takes a petrol driven car at the pumps.